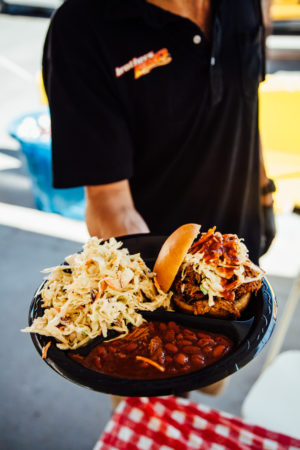 Chris and Nick O’Sullivan opened the doors of the first Brothers BBQ in February 1998 on the corner of Monaco and Leetsdale, but their love for BBQ started long before.

Traveling the United States as a professional race car driver, Nick, who was often accompanied by older brother Chris, would stop at every BBQ joint along the way. The two of them soon became hooked on the local BBQ styles and cultures that they experienced while traveling across the country.

Together, Chris and Nick decided that they would one day bring these different tastes of America back home to Denver, Colorado. For several years, Chris worked in local BBQ restaurants serving as an apprentice to BBQ artisans. In his spare time, he experimented on family and friends with meats and sauces, combining the best of each of his BBQ memories. Each area of the country had its own style of “Q,” and the brothers wanted to bring all of their favorite styles together in one location, that would remind people of their hometown BBQ joints.

Once their recipes had been perfected, Nick and Chris converted a garage on the corner of Monaco & Leetsdale into the first Brothers BBQ Joint. 18 years later, the original Brothers BBQ still sits in this Denver location. Car parts, license plates, and other automobile memorabilia line the walls of this location and each of our 5 Brothers BBQ locations, to remind customers of where their journey first began.

Nick and Chris’ hard work and commitment to providing every guest with outstanding service and of course always fresh, mouth-watering BBQ quickly earned them the title of Best BBQ in Denver.

Brothers BBQ has been recognized by many local publications including awards for Denver’s Best BBQ by the readers of Westword and 5280 magazines. In addition to our outstanding BBQ, we’ve comprised our teams with friendly, genuine and helpful people at each of our 5 Denver locations. 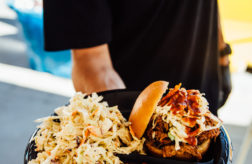 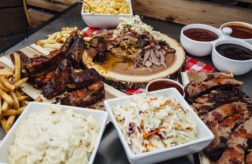 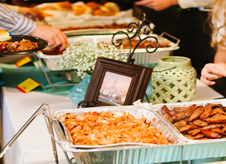