As a South-Eastern girl with a strong preppy streak, I do love a good nautical detail here and there. From my sorority’s beloved anchor to classic blue and white stripes, crab motifs and lobster dip, pretty knots and Sperry’s… stick me on a sailboat and I’m a happy girl. I’ve done a nautical-themed inspiration board on here before (Tie the Nautical), but since it is July and boating never goes out of style, I present to you the best seaside inspiration board you have ever seen! 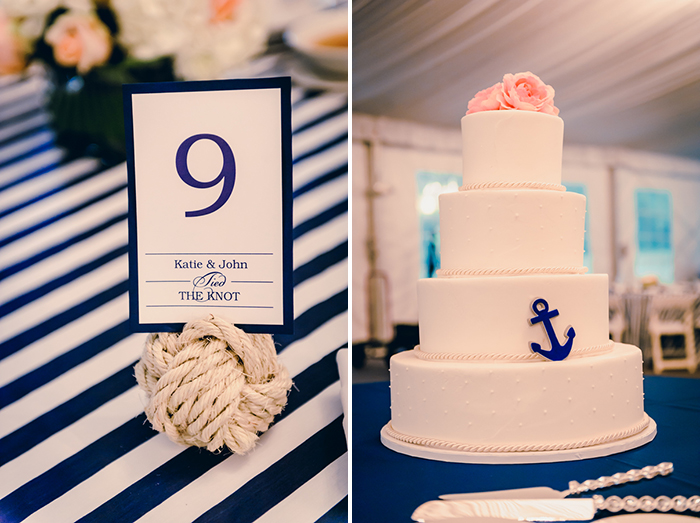 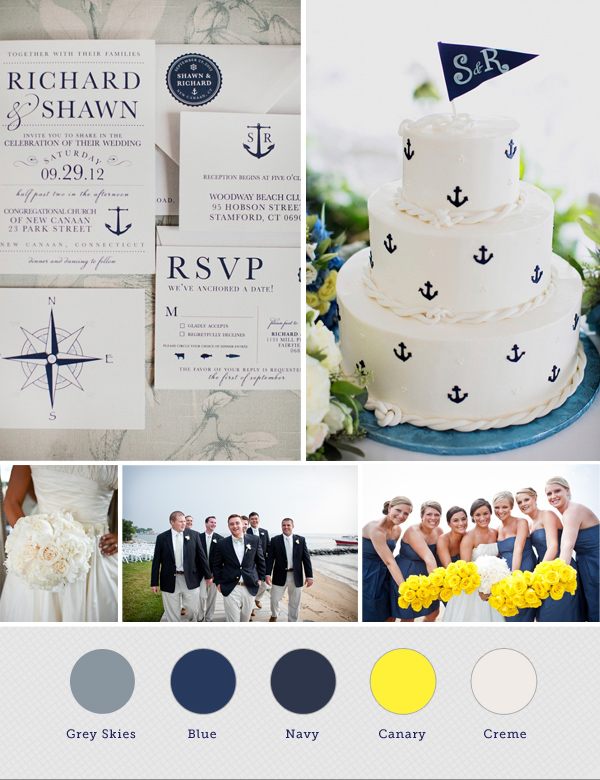 What did you think of this inspiration board? We would love to hear your feedback! nashville@studiowed.net

Draping is one of the loveliest ways to soften up the look of a wedding reception. It instantly formalizes, glamorizes, and visually stuns. It can make or break the look of a room…easily.

If you are interested in draping for your wedding we recommend Visual Elements of Nashville.

Check out this inspiration board full of ideas of draping for your wedding! 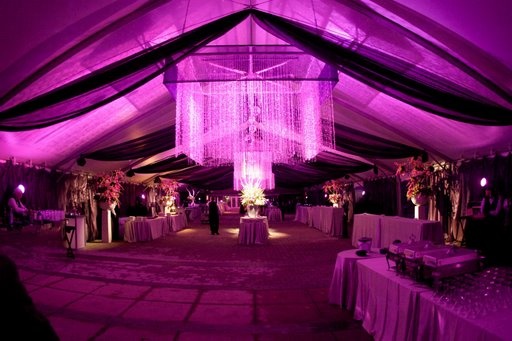 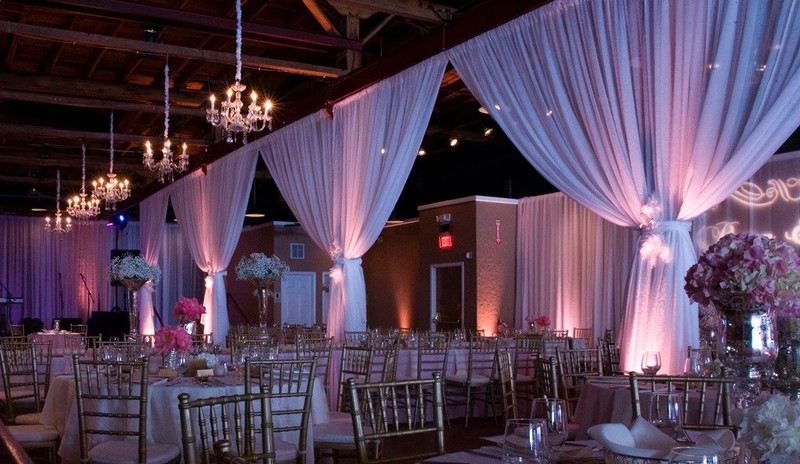 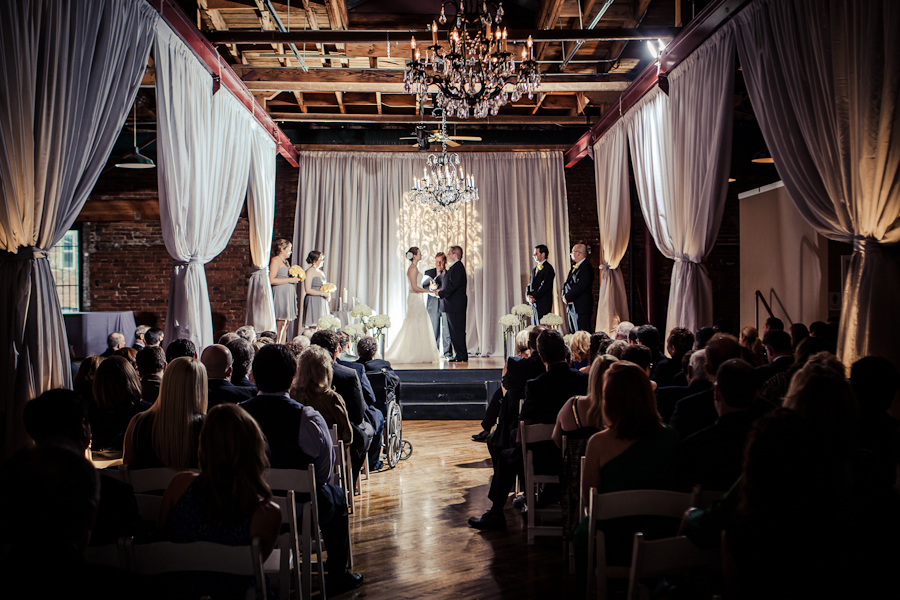 First dance songs are often overdone and out of date, but being creative is hard when there are so many great choices out there.  It can be overwhelming without a starting point.  We compiled a list of 10 contemporary first dance songs that will make your wedding a unique experience not only for the guests, but also for you and your spouse as you treasure that moment together.  In no particular order, here are our top 10 first dance songs:

6. I Wanna Dance with Somebody – Ben Rector

7. You and I – Ingrid Michaelson

Both Tennessee natives, Drew and Ellie Holcomb first met while attending college at University of Tennessee where they were friends all four years and started dating toward the end of their stay. In fact, the first few shows Drew ever played in Knoxville, he brought Ellie up on stage to share her lovely melodies with the crowd. Although they are displayed on stage together every night, Drew and Ellie have managed to do an excellent job of keeping their married life as parents private and out of the public eye, although on stage you can tell how in awe they are of each other. 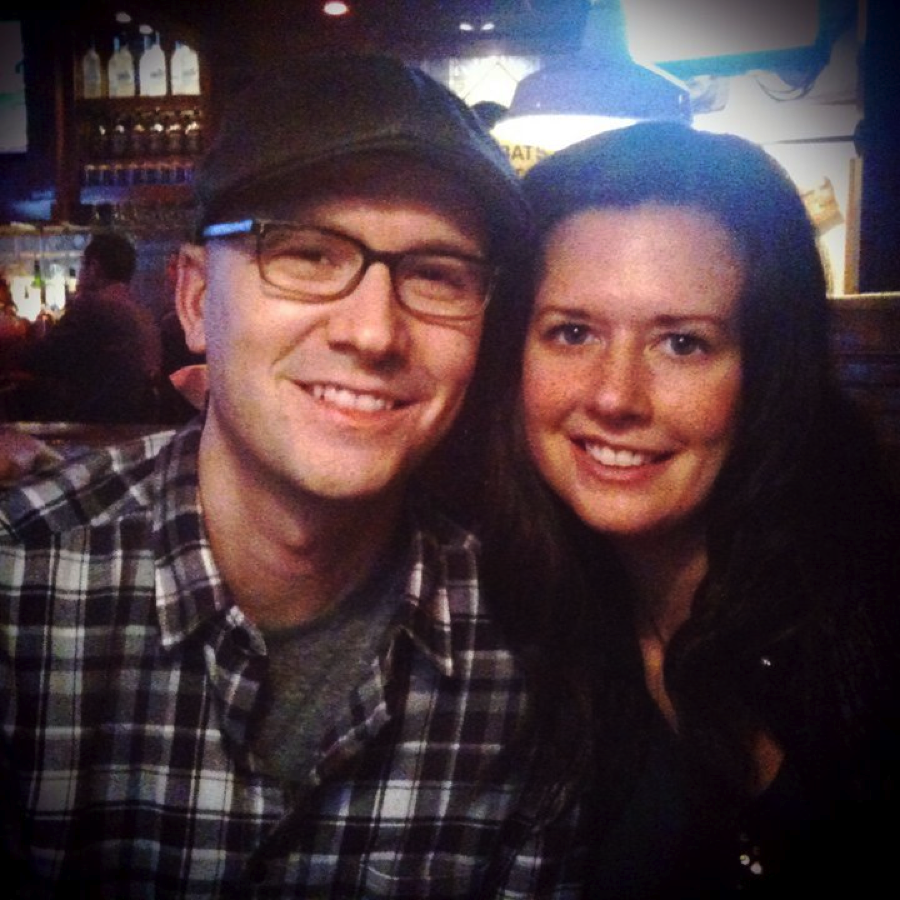 Often called Music Row’s “Power Couple,” Luke and Beth Laird own Creative Nation, a music publishing and management company based out of Nashville. Luke is known for his songwriting abilities, most recently writing “Downtown” by Lady Antebellum, “Give Me Back My Hometown” by Eric Church, “Drinks After Work” by Toby Keith, and “Pontoon” by Little Big Town, While Beth is one of the best professionals in the music industry. The couple had their first baby, Jake, in September.

Keifer and Shawna Thompson of Thompson Square first met the week they both happened to move to Nashville. They were at a singing competition one night when Keifer walked up to Shawna and asked her to play pool. They claim it was love at first sight. The two proceeded in their careers as solo artists for a few years before deciding to join forces and become a duo. After a solid ten years of playing and having nothing happen, they finally made it as crowds now go wild when they sing their #1 single “Are You Gonna Kiss Me Or Not” and display their relationship on stage. 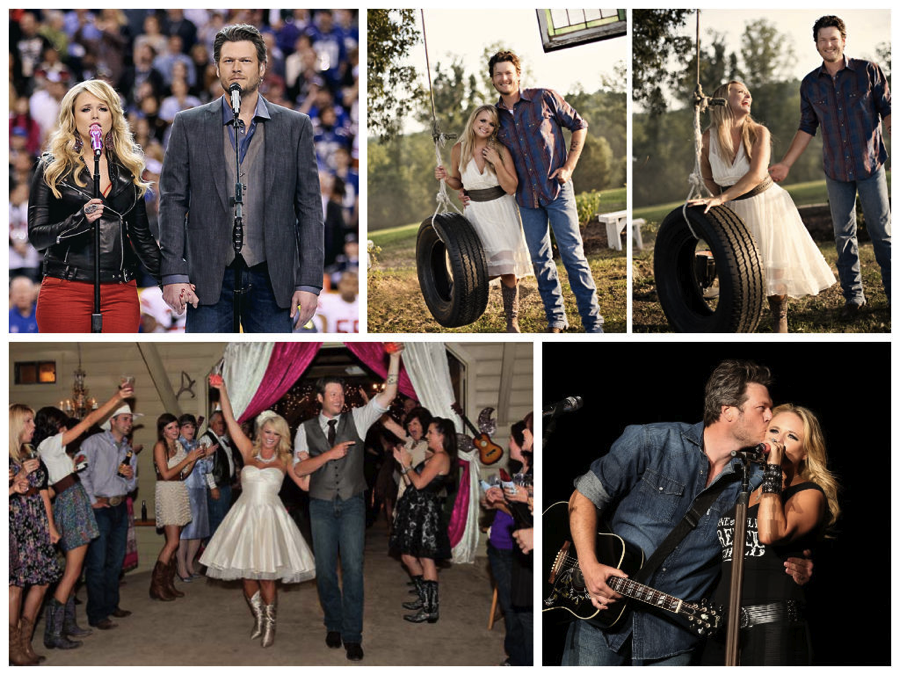 Blake and Miranda first met when doing a duet together for CMT. Here’s a little plot twist for you, Blake was actually married when they first met. The connection between them was undeniable, and Blake was soon divorced and dating Miranda in 2006. He proposed in 2010, after asking her dad, and they later married on a Texas ranch. Blake and Miranda’s relationship is very relaxed and fun for the Twitter world to watch, as they love to make fun of rumors about themselves. They are the ultimate country couple, often seen sporting hunting gear and drinking beer.

Thomas Rhett, singer of “Get Me Some Of That,” already has the lady of his eyes, Lauren Gregory Rhett. The two have known each other since first grade, dating for a brief period at fifteen and deciding to remain best friends. They started dating again when Lauren ended her relationship with her boyfriend, and Thomas dived in. Although they were young, Thomas knew he belonged with her and proposed after just six months of dating. They are now happily married, as shown through their Instagram and Twitter feeds and the billions of pictures of them doing daily activities together such as working out and eating Ben & Jerry’s.