Photo of the Week

Love this ring, this shot, this loveliness. Captured by Kristyn Hogan. 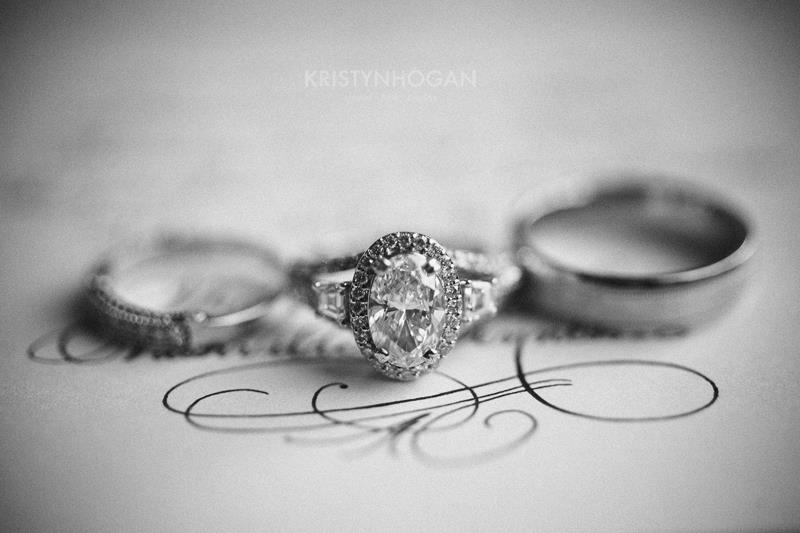 This week we’re spotlighting one of our newer additions to the StudioWed family:  The Sugar Wagon! This adorable small business is a treat for every sweet tooth, and provides dessert-loving brides an array of choices for the perfect ending to their weddings. 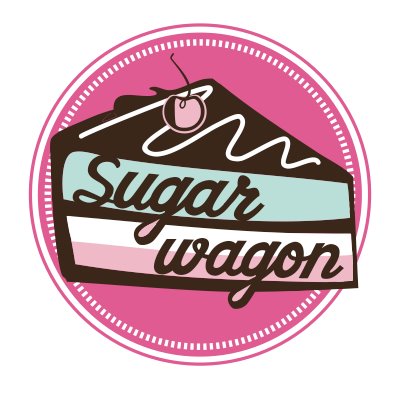 The Sugar Wagon is a mobile pastry company based in Nashville, Tennessee, owned and operated by entrepreneur Jane Nickell and pastry chef Tracy Ardoin-Jenkins. We specialize in gourmet ice cream sandwiches served from our adorable, retro-inspired ice cream cart.  We also offer a tantalizing selection of bakery items and confections made with wholesome, all natural ingredients including hormone free dairy and eggs, non-GMO flour, and local, seasonal fruits. Our vegan desserts come in a wide range of choices and flavors that are so delicious even our non-vegan customers rave about them!

Sugar Wagon is available to be a memorable addition to any special event, including wedding receptions, baby and bridal showers, birthday parties, or just a fun afternoon at the office. For smaller occasions, you can contact us through the website or by phone and order for pick-up.  We can even customize flavor selections to meet your sweetest of needs!

Looking for something sweet for your wedding? Call us at 615.739.5477 or email kelly@studiowed.net today to set up an appointment to meet with The Sugar Wagon today!

Add a Comment
Posted in Vendor Profiles
Inspiration: Mooning Over My Honey

Okay, so today’s inspiration title is a little on the long side of things… but I had to do SOMETHING creative whilst dreaming up this swoony honeymoon board. And yes, you can probably guess — but this is totally what I’m thinking for my own honeymoon. Drew and I are so so so excited about our eleven-day excursion in Mexico. I actually have a special countdown timer for our honeymoon flight date {116 days ’til July 23!!!!}, if that tells you anything. 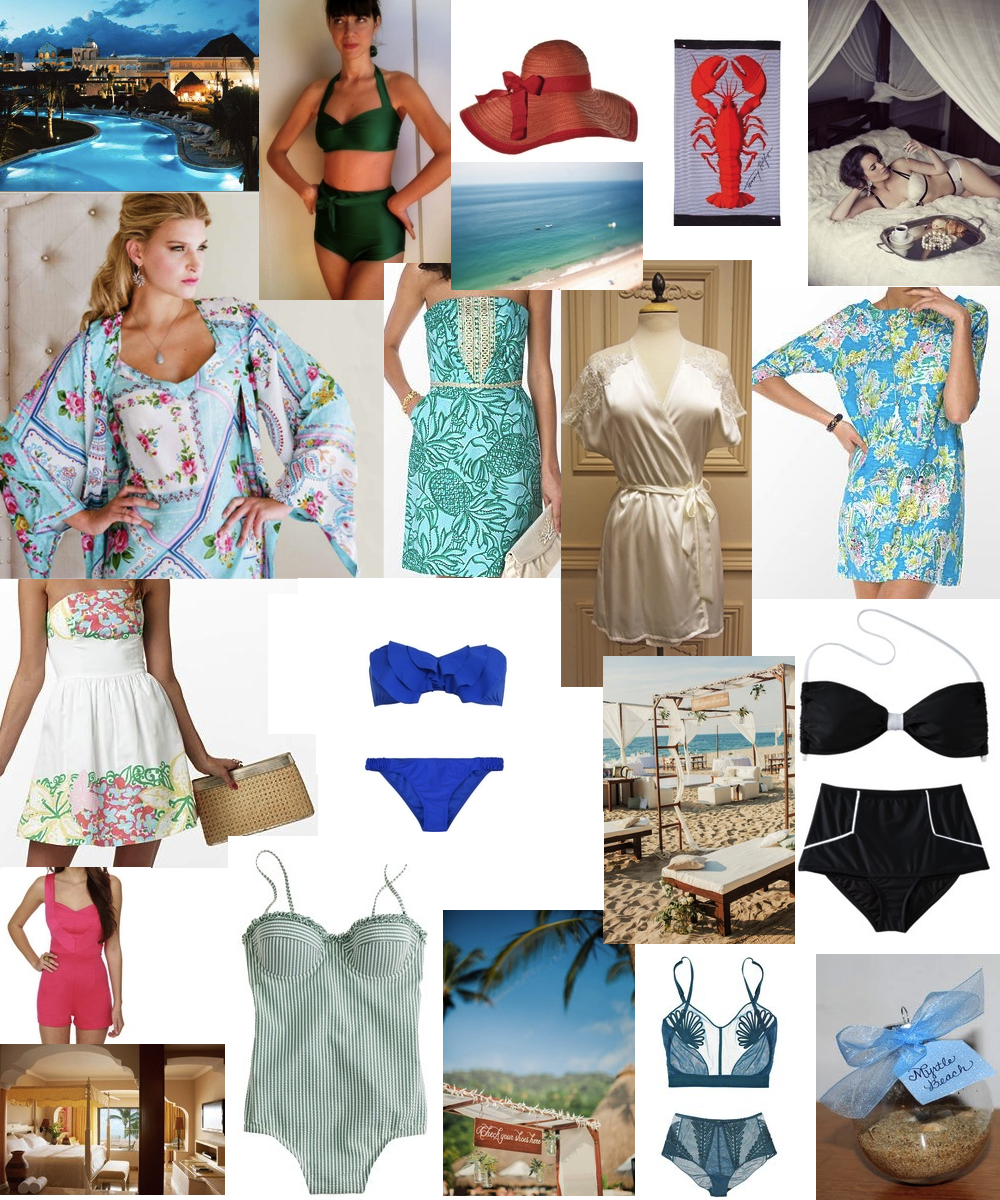 So, I’ve told you all about my vendors, my fabulous groom, the journey from planning out my wedding in its entirety to changing my mind eight zillion times… It only seems fitting that I ought to introduce some of the key players!

For our bridal party, Drew and I chose six of our dear friends & family members to stand by our sides at the altar.  We have two ring bearers {my sweet precious nephews} and two flowergirls {Drew’s adorable cousins}, as well as a 5-month-old flowerbaby {my first niece, who will be born in February!}. And since it was SO hard narrowing down my nearest and dearest to six, I have three lovely honorary bridesmaids who will be recognized and honored on our wedding day as well {just without the requirement to wear a certain dress or leave the comfort of their chosen seats at the ceremony!}.

As far as bridesmaid attire goes, this has been a struggle for me throughout this process. If you’ve been following along with this series, you know I’ve had ordeals with changing my wedding colors {along with just about every other detail}. So, before I even changed my colors for real, I decided to look for bridesmaid dresses. And found one I thought looked good on the jcrew.com clearance. And asked my bridesmaids to go ahead and buy them.  Bad decision.

Here are some words of wisdom: 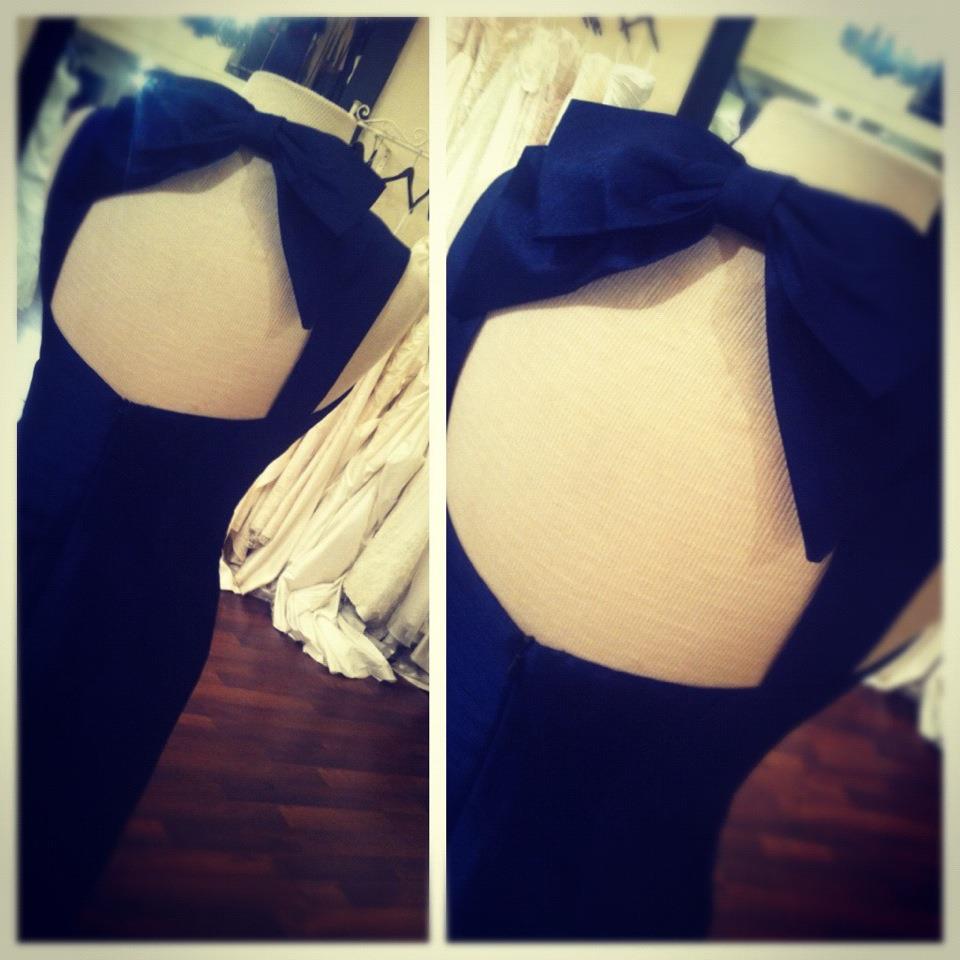 With all that said, you live and you learn. I made a few mistakes in choosing my bridesmaids’ attire, but I think they’ll look lovely in what I chose in the end. {It’s a surprise!} Now, onto introductions!

{L to R: Dani (in blue) and me with our amazing Grandaddy, circa 1993! Dani, five months pregnant, and me before her husband’s OCS graduation at Fort Benning}

As the bride’s older sister, Dani has served as Kelly’s partner-in-crime for 23 years.  From baptizing their childhood cats in the toilet to laughing inappropriately at movies, the two sisters have endured almost everything together. The bride is ecstatic to be standing beside her “first friend” at her wedding.

Ever since the 8th grade and that fateful day when Kelly was assigned to crash cymbal duty in the band, she and Laken have been inseparable. The two have shared their most awkward years, immeasurably fun times, and entire wardrobes. From sunbathing during class to co-captaining the Color Guard, soaking in the Mexican sun, and dressing up in antique clothes, they’re two peas in a pod.

Laurajean is Kelly’s long-lost soulmate.  Harking from Denver, Colorado, she and Kelly met their sophomore year at Belmont.  Both Alpha Sigma Tau sorority sisters, the girls’ relationship blossomed throughout their collegiate years (even despite the distance… LJ spent a semester abroad in Italy). By their senior year, they couldn’t imagine how they’d ever lived without one another.  They are forever friends, and Kelly is thrilled to have her faraway pal close by on such a special day. 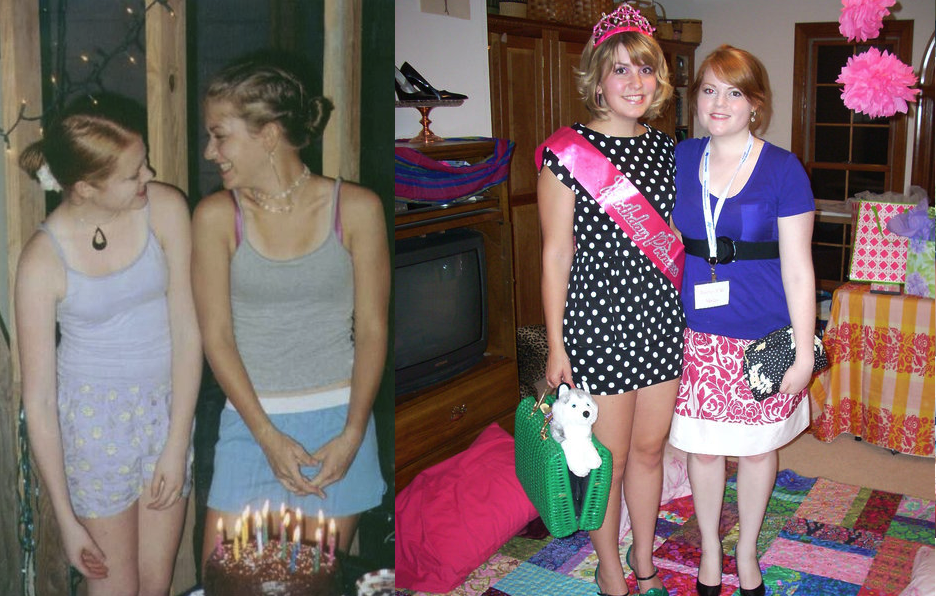 Katie and Kelly (names frequently used interchangeably) first bonded over Oklahoma! the musical their freshman year of high school (which turned into a snow-day sleepover).  They went on to act in multiple school productions (most of which never actually made it to stage before an audience) and perform in Color Guard with Laken.  Many a joint birthday party (born one week apart exactly!) and sleepover later, they went their separate ways after high school graduation, but Katie and Kelly have remained dear friends and confidantes.

{I had to include Drew in all of these just because they’re so close too. ;) }

Julianna and Kelly have known each other at least since the second grade, when the two of them spent time playing Mickey Mouse games on the archaic Macintosh computer and doing classroom favors for their teacher, Mrs. Carter. Remaining close throughout their school days, the two friends parted ways with the rest of their friends after high school graduation and entered Belmont together.  Julianna has seen Kelly and Drew through the entirety of their relationship (from day one!), lent plenty a shoulder to cry on, and dealt with the madness that was living with Kelly throughout college. She is a very special person to both the bride and groom, and they couldn’t imagine spending the day without her by their sides.

{At a sorority retreat spring 2009, then at our then-boyfriends’ Phi Kappa Tau formal!}

Heather has served as a wonderful role model for Kelly throughout her years at college and beyond.  Growing close first after spending countless hours studying for their ridiculously hard Political Science finals, the sorority sisters hit it off and kept up daily correspondence (via texting, crazy-long Facebook messages, and snail mail) from that point forward.  Kelly is thrilled for Heather’s upcoming accomplishment of receiving her Master’s degree from Kansas University and can’t wait to be reunited at the wedding!

After six years of being the youngest of four grandchildren, Kelly’s cousin Aspen was born.  All her life,  Aspen has been the younger sister Kelly never had (blonde hair and all!). Sharing everything from interests in drama and gymnastics to the same haircuts and Disney princess nightgowns, Kelly likes to claim her as her “Mini Me” and is delighted to share this process with her! 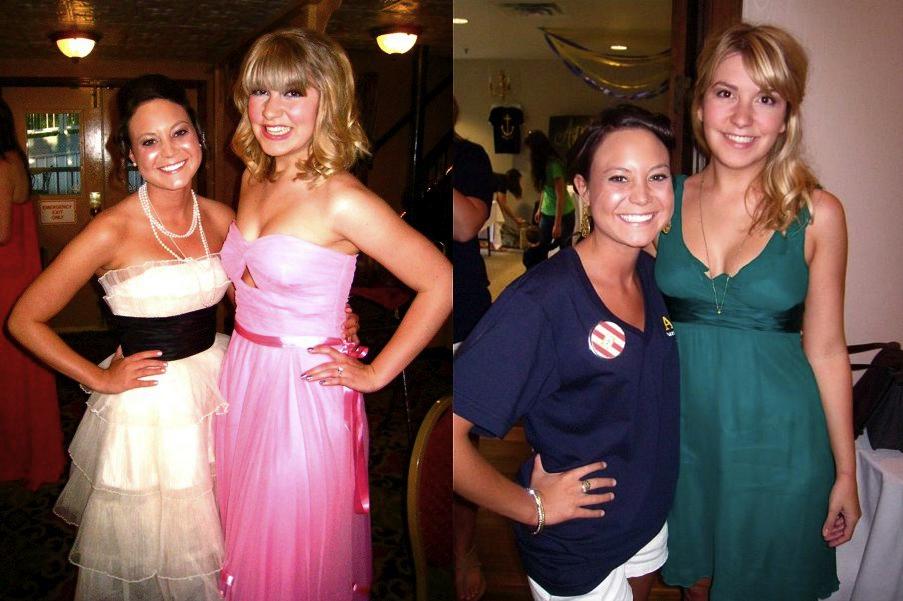 {Kitty and me at Yellow Rose 2011, the two of us at sorority recruitment September 2011}

Kat, or Kitty as the bride lovingly refers to her, is a treasured friend and sorority sister. Kelly has admired Kitty for her drive, enthusiasm, and style since they met in the fall of 2010.  After a semester of weekly cappuccino dates and five-mile walks around Nashville (not to mention a fun but frigid spring break trip to the beach), Kelly regards Kat as a pivotal part of her inner circle of friends. 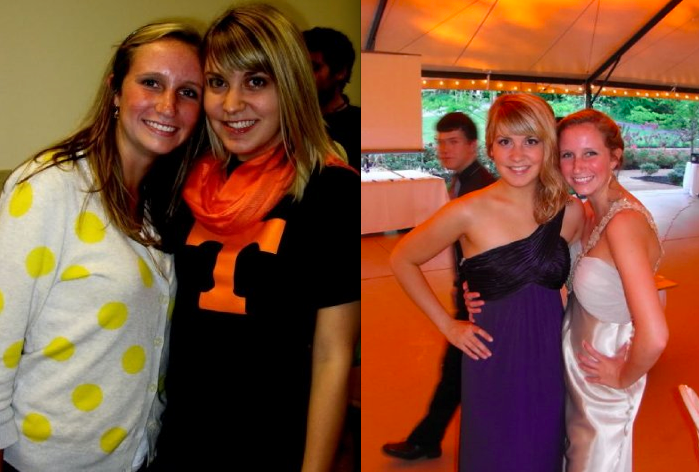 {At a sorority social, then our yellow rose formal 2010!}

Kelly met (and loved!) her “Little” sister a semester before Meg even came to Belmont! Introduced by a mutual friend (the bride’s own “Big” sister, Joy), Kelly and Meg adored each other from the start.  Bonding over their love of dance, Wicked, Alpha Sigma Tau, and J. Crew, Kelly has considered Meg a sister and friend for life and is so happy to have her be a part of such a wondrous occasion.

Stephen is Drew’s best friend and younger brother. The two share everything from a love of drumming and the outdoors to last names and good looks. Despite their childhood of trapping one another in laundry hampers and other hide-and-go-seek games gone wrong, the two brothers have maintained their closeness {even while living four hours apart}. 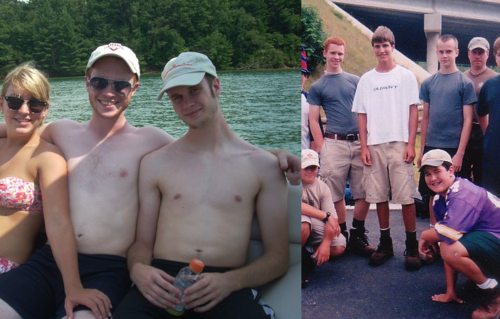 Drew and Joe are brothers and video game enthusiasts with a great fondness for making inappropriate jokes.  Bonding over “man things” like smoking cigars and riding the occasional motorcycle {to the bride’s chagrin}, they are goofy but endearing together.

Konrad is Drew’s larger-than-life companion and roommate of three years.  When they weren’t watching tornadoes from their apartment balconies, throwing wizard theme parties, or making music for the band-that-must-not-be-named, you could find them in ridiculous getups {2008 Christmas Card, anyone?} or eating all of Kelly’s homemade chocolate chip cookies.

When Kelly first introduced Drew to her childhood friends, they immediately recognized him as “kilt boy” from Page HS’s drumline {circa fall 2006}. Her memory was triggered once she saw Greg & Drew together {the mohawk-rocking & red afro’d, kilt-wearing tenor players… very much the “dynamic duo” of drumline}. The two extremely talented drummers are good friends with a zillion inside jokes and fond memories.

Spencer, the guitar player for the band-which-must-not-be-named, befriended Drew and Konrad when the three went to Centennial High School {prior to rezoning}. Sharing an affection for beer and music, they’ve maintained their friendship throughout the years.

Quinn is Drew’s beloved grandfather and fraternity brother. Sharing the same taste in movies, women, and bingo-playing, the two are destined to be best friends for the rest of “Gramps”‘ life.

Add a Comment
Posted in Kelly Plans a Wedding